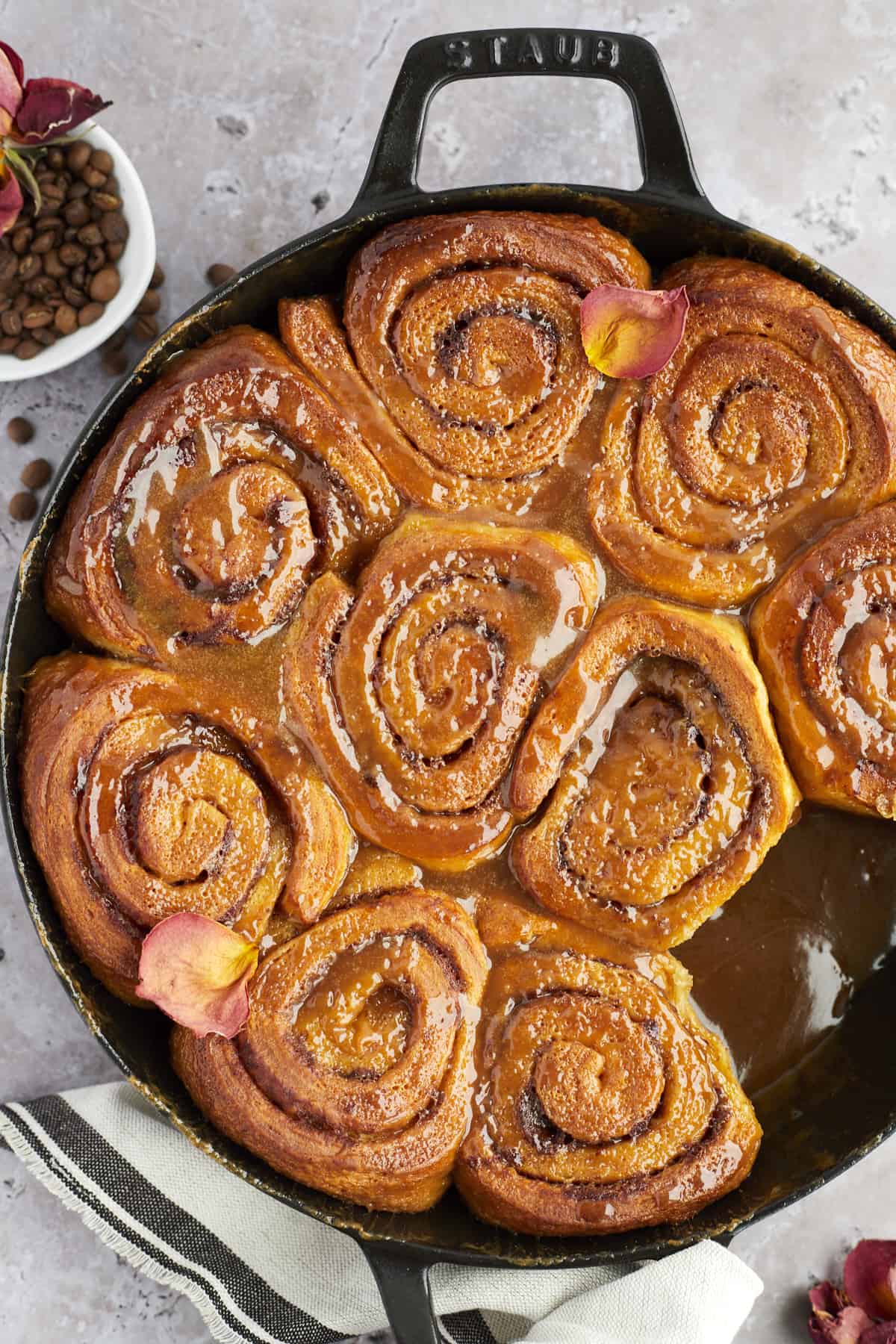 Why We Love this Caramel Macchiato Cinnamon Roll Cake

If you haven’t noticed, we’re huge fans of cinnamon roll recipes. In fact, they’re one of our favorite weekend breakfast options, and with recipes like Baklava Cinnamon Rolls and Cinnamon Bun French Toast, we’ve even been known to serve it as dessert! However, embarrassing the fall-inspired flavors of caramel macchiato, this cinnamon roll cake might be our best version yet! It:

What Is a Caramel Macchiato?

If you’ve never had one, you’re gonna want to run to your local Starbucks. In Italian, macchiato means “spotted” or “stained.” So, the translation means spotted coffee. A dessert-style coffee drink, caramel macchiatos are made with vanilla syrup, steamed milk, espresso, and caramel sauce. The espresso is poured on top of the milk, creating a dark mark (hence the name), and the caramel sauce is drizzled on top. Until mixed together, the different layers stay separated in pretty layers. However, once combined they create one incredible caffeinated drink!

How to Make the Best Caramel Cinnamon Rolls Cake

Somewhat of a cross between cinnamon rolls and monkey bread, this cinnamon roll cake is made with layers of caramel sauce in a bundt pan! All you have to do is simmer the sauce, and bake. 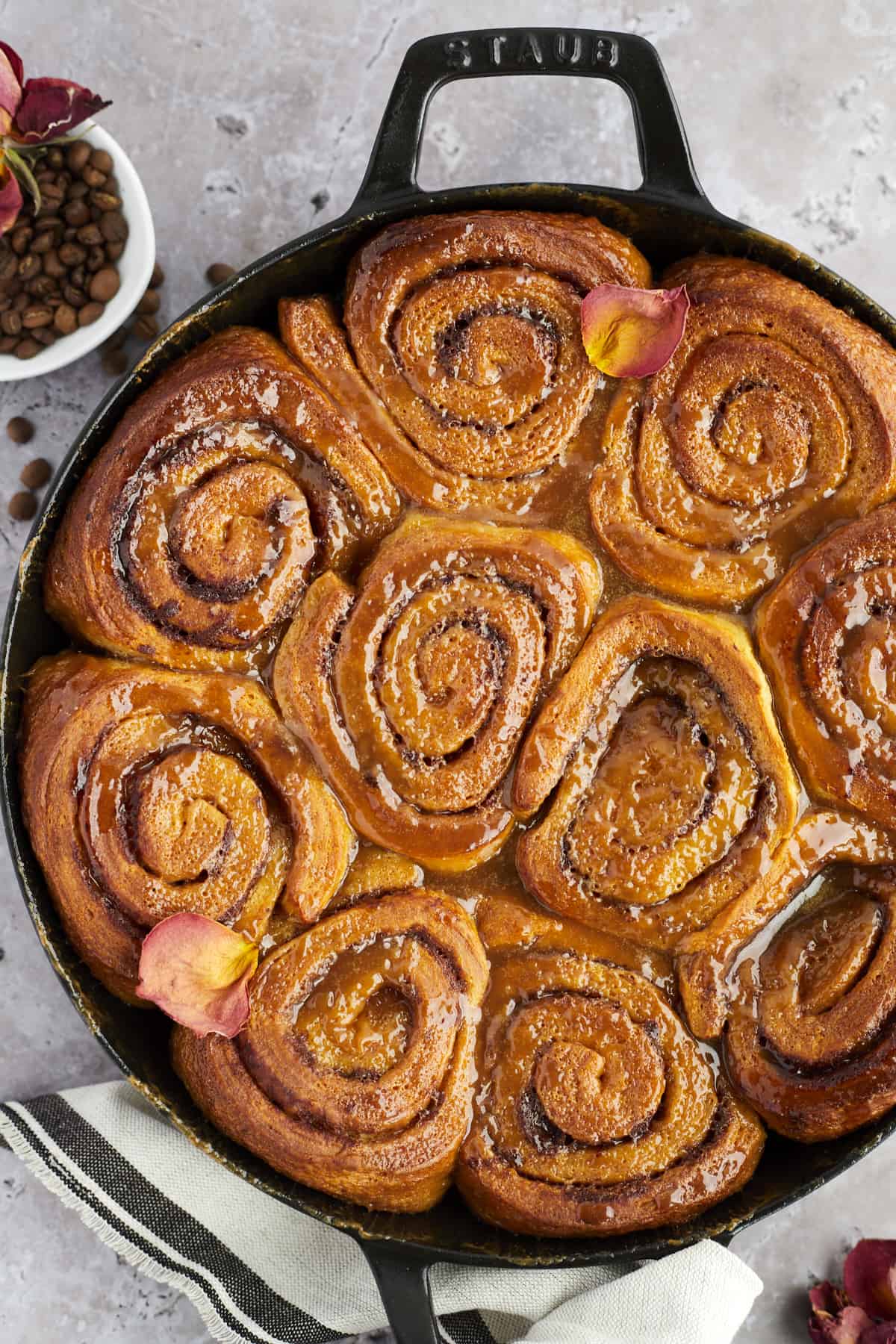 If you want to make this cinnamon roll cake even easier to make, follow our tips below!

Use a Storebought Caramel Sauce. To save time, you can easily purchase caramel from the store! Then, just stir in the espresso, and layer it in the pan.

No Bundt Pan? No Problem. If you don’t have a bundt pan on hand, don’t stress! Just use an 11×7 baking pan instead.

Slice the Cinnamon Rolls. For a cinnamon roll cake that’s perfect for sharing, try slicing the dough into bite-sized pieces before layering it in the pan. 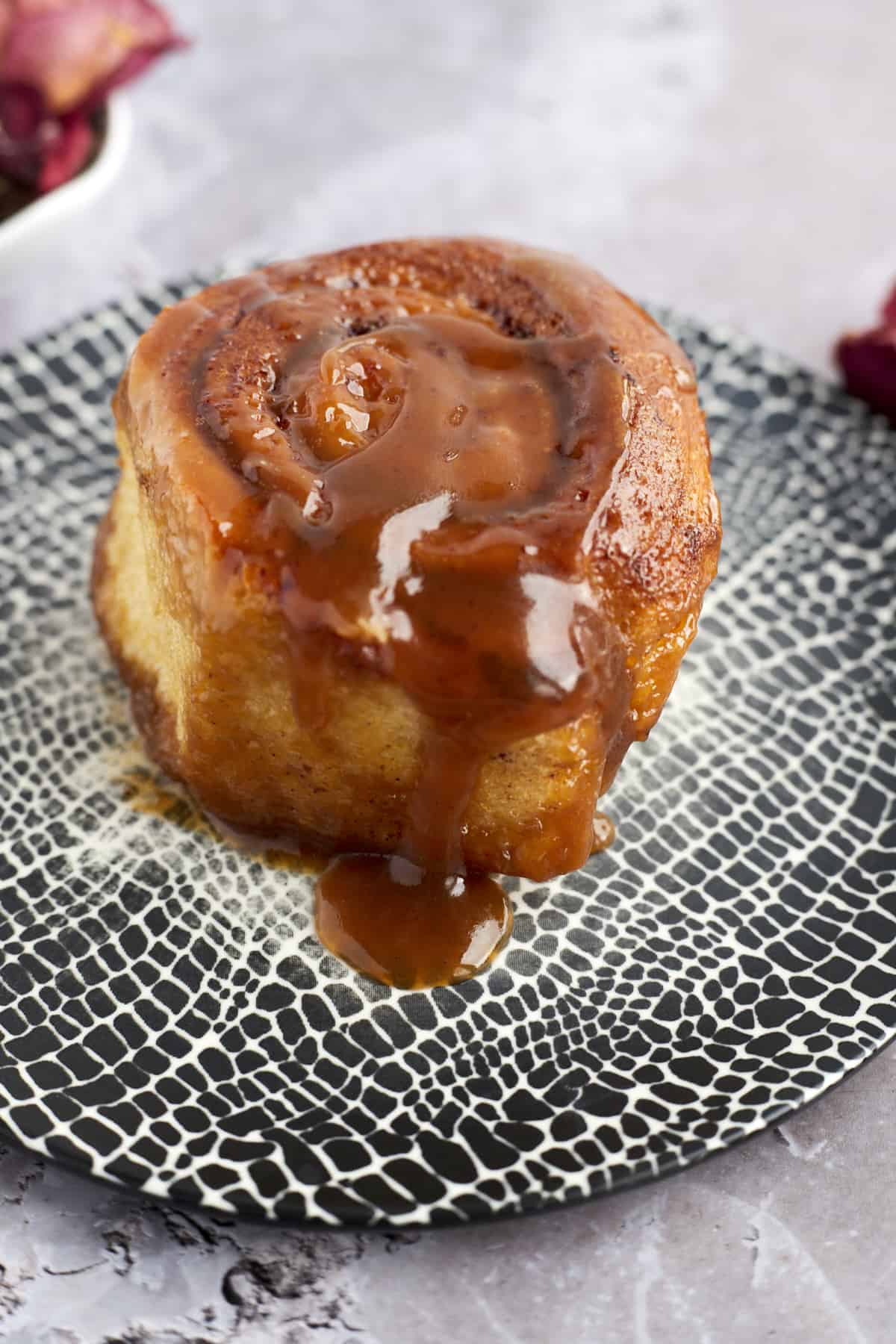 This Caramel Macchiato Cinnamon Roll Cake will have you absolutely drooling as it bakes. So, the chance of leftovers is slim to none. However, if necessary, you can store them at room temperature for up to 2 days or in an airtight container in the fridge for up to 4 days. Or, pop the cake in the freezer for up to 6 weeks! Then, let it thaw in the freezer and warm in the oven or microwave. 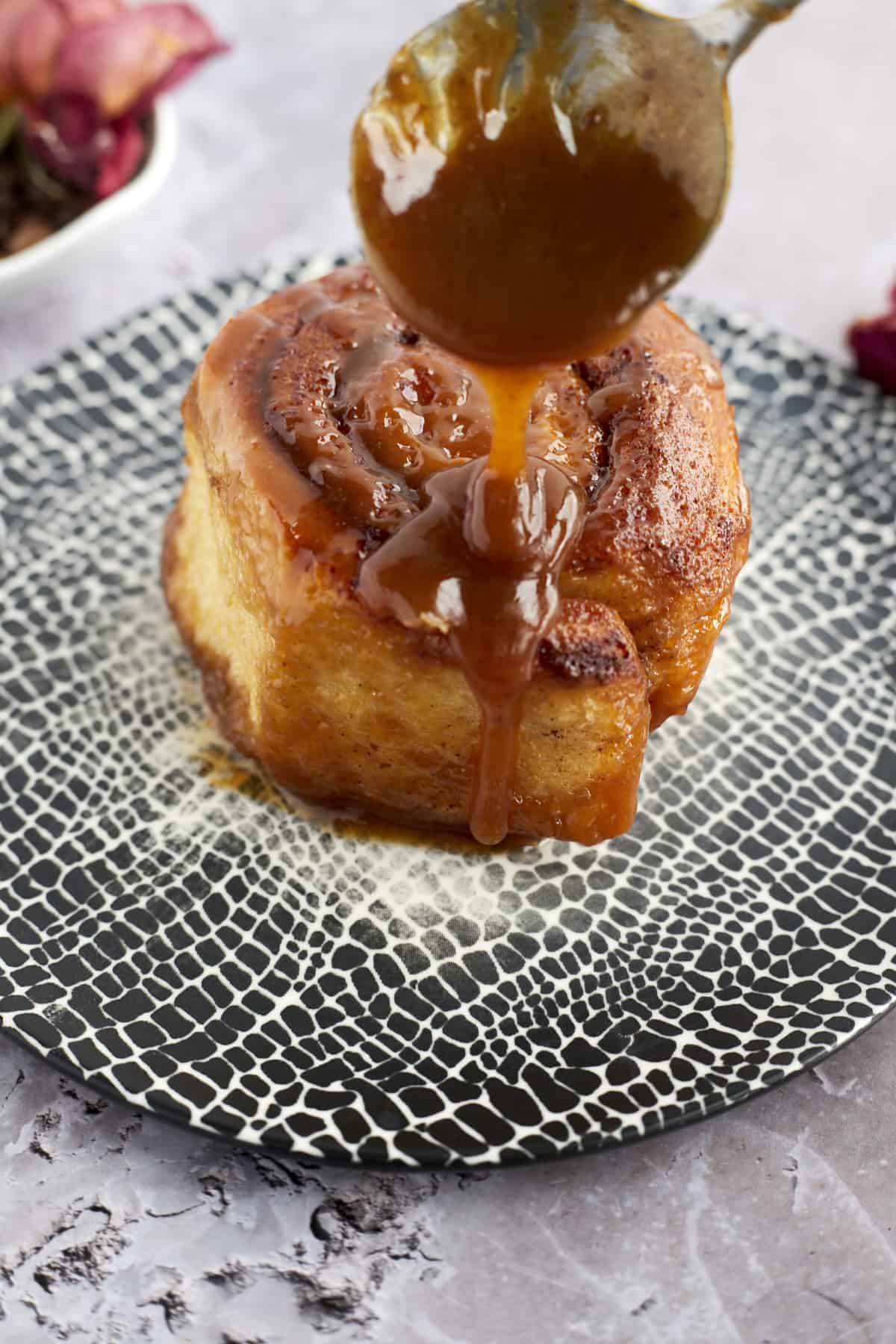 Looking for even more cinnamon roll recipes guaranteed to impress your guests? Try these fun variations! 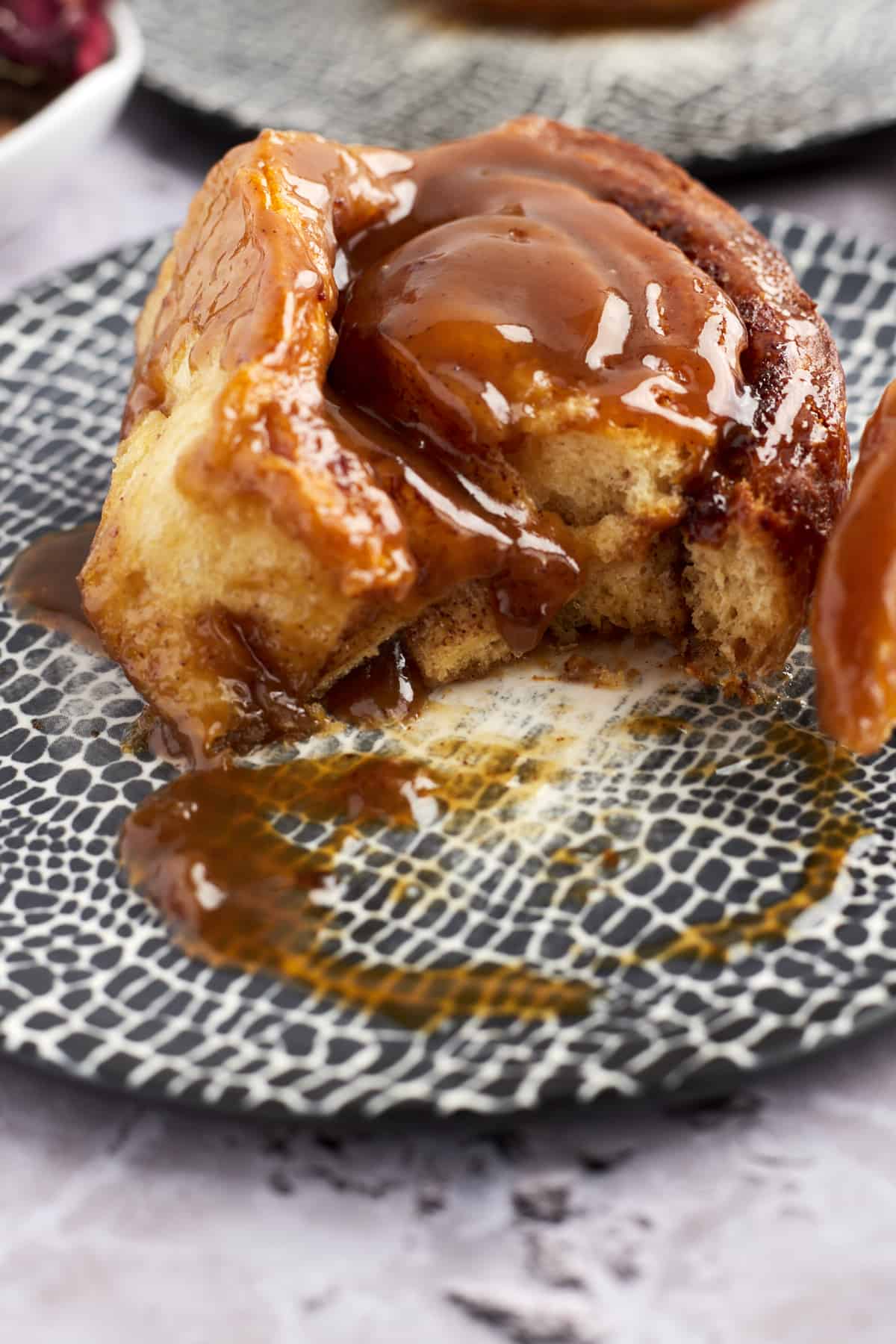 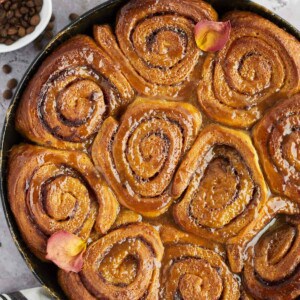 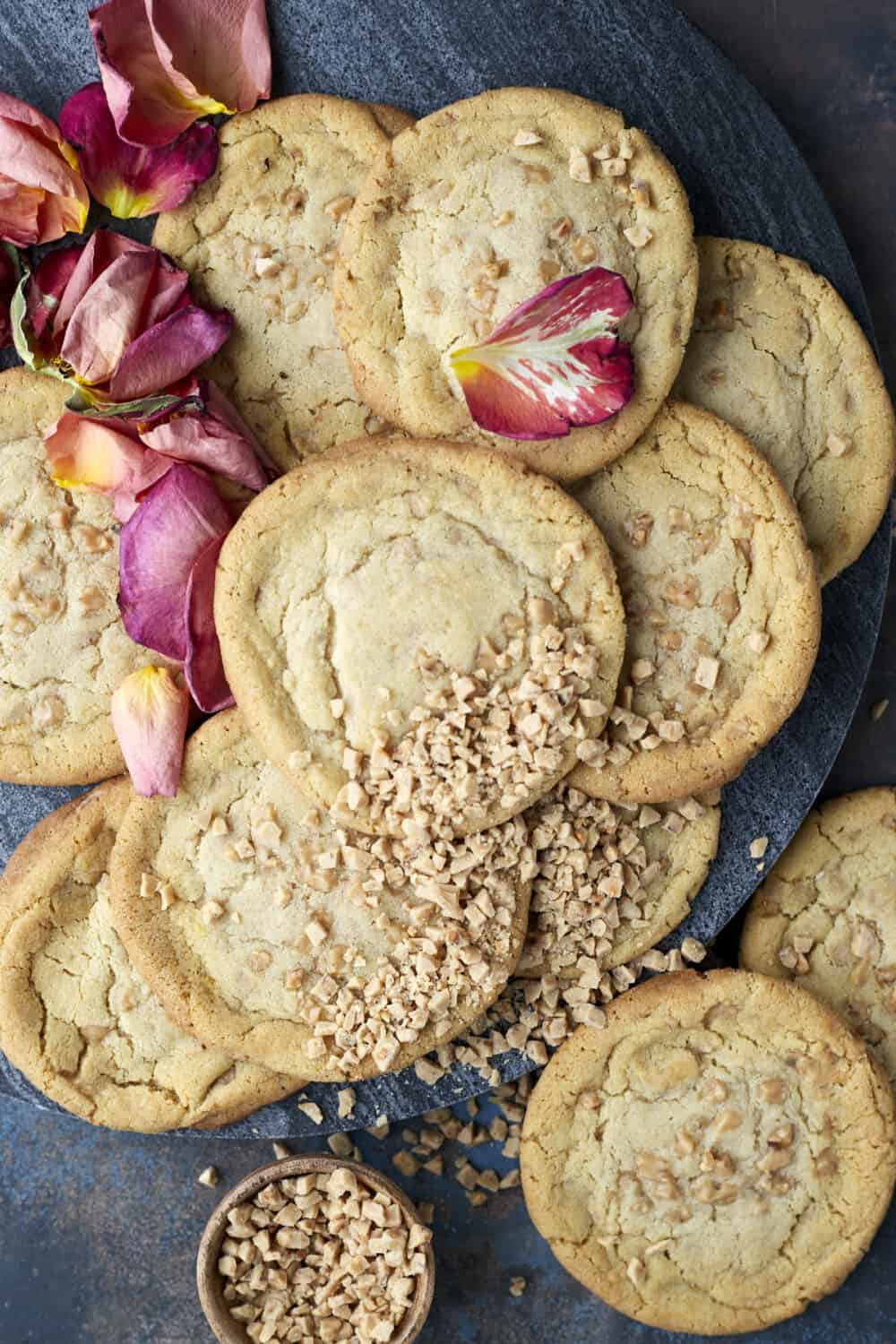 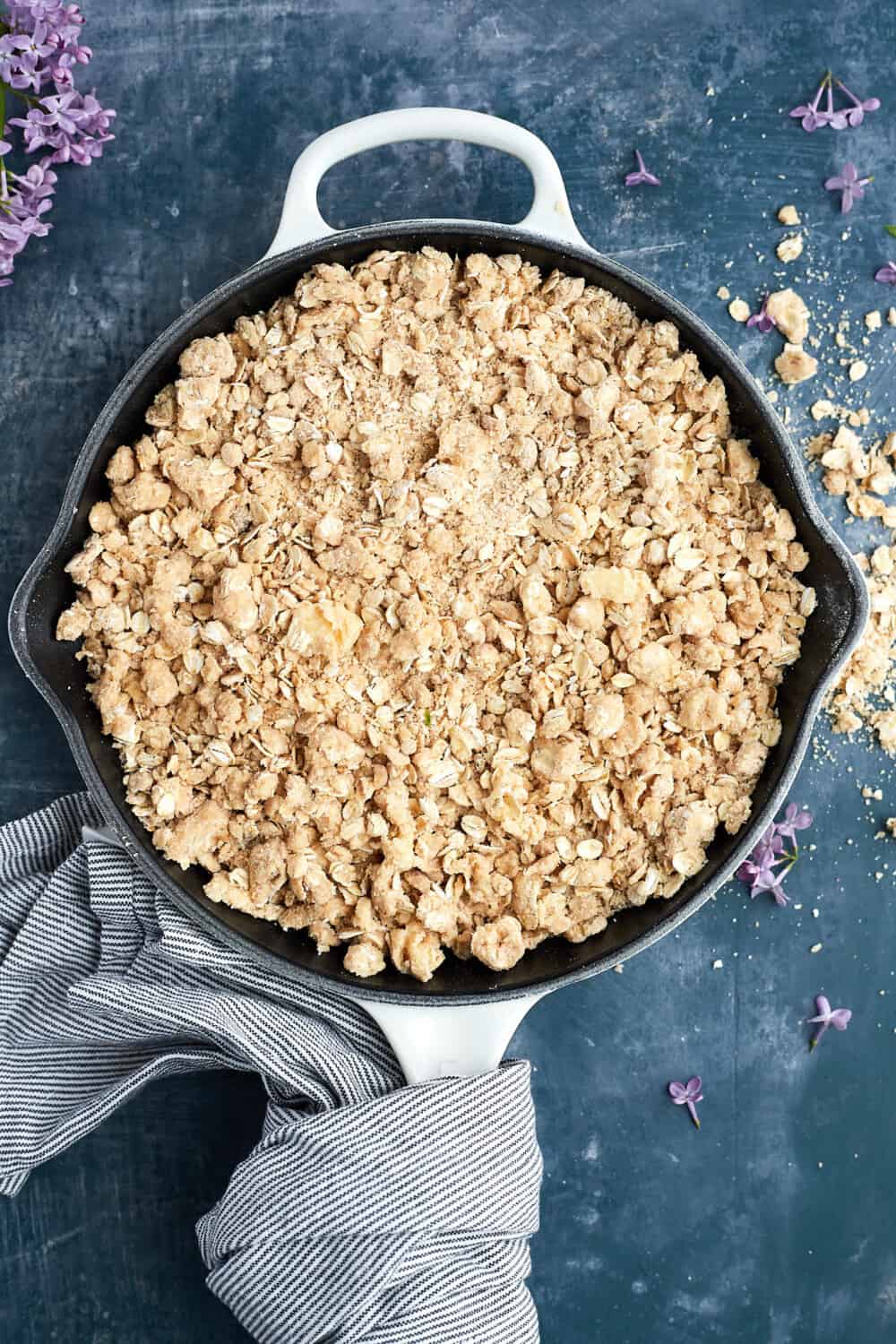 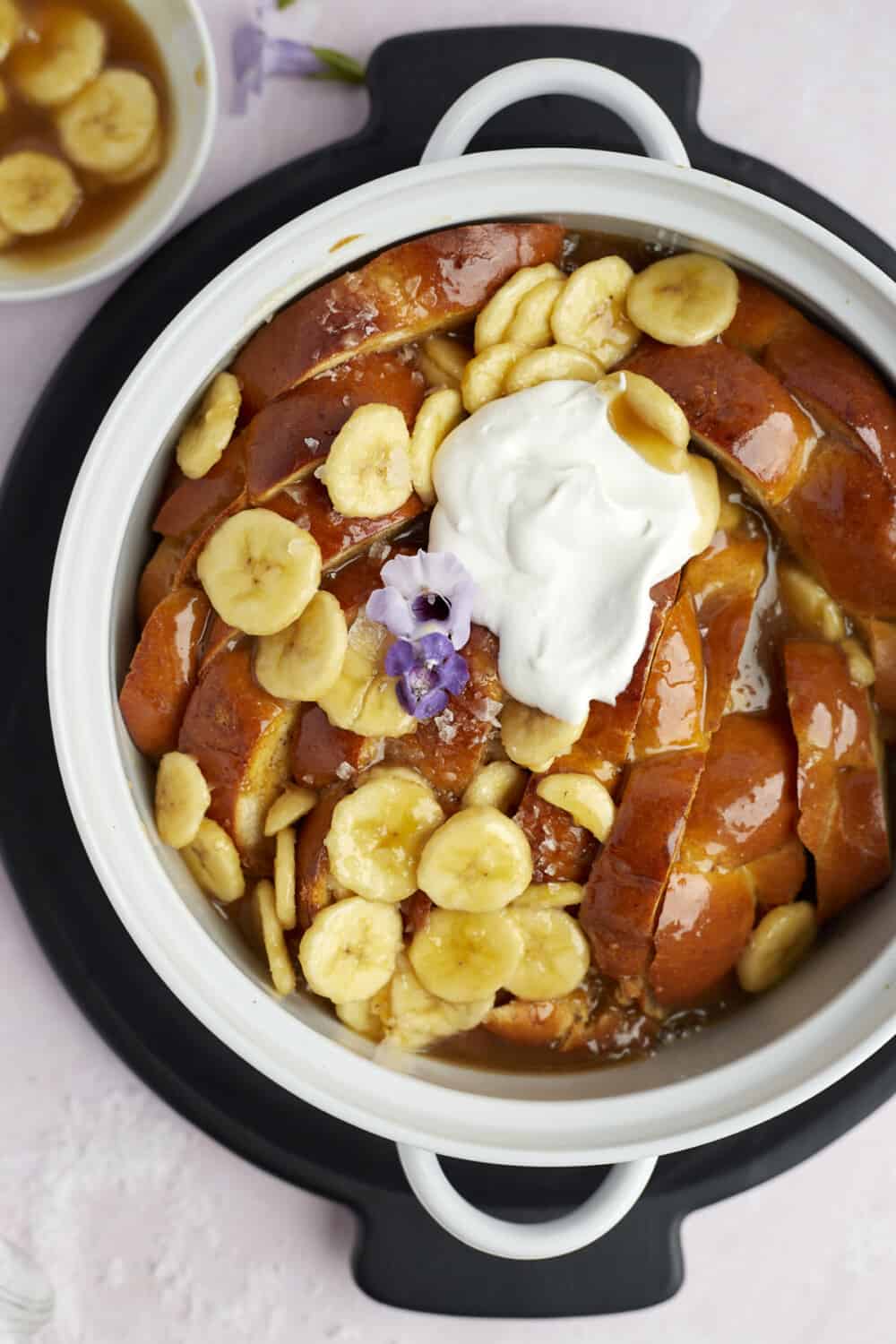 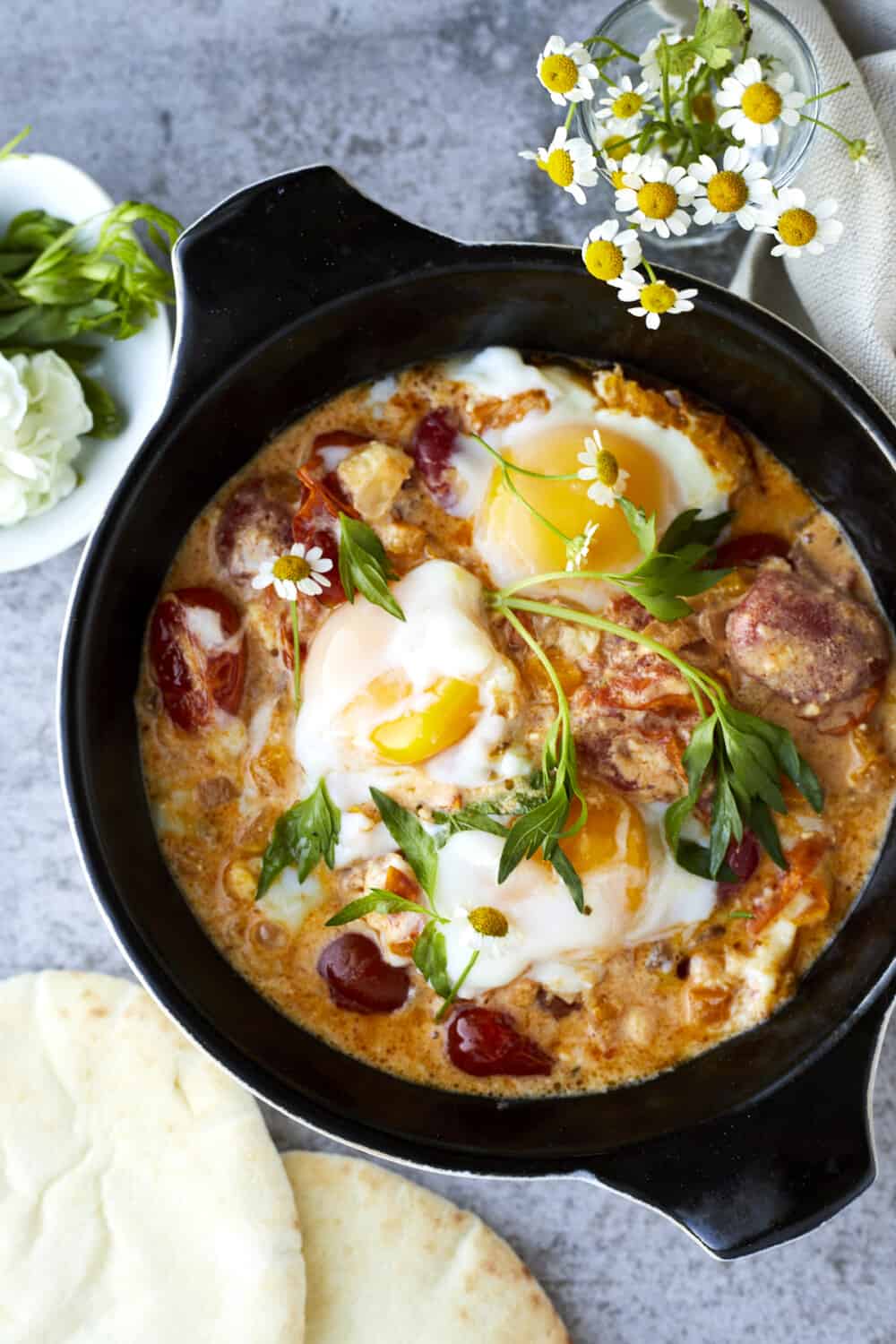 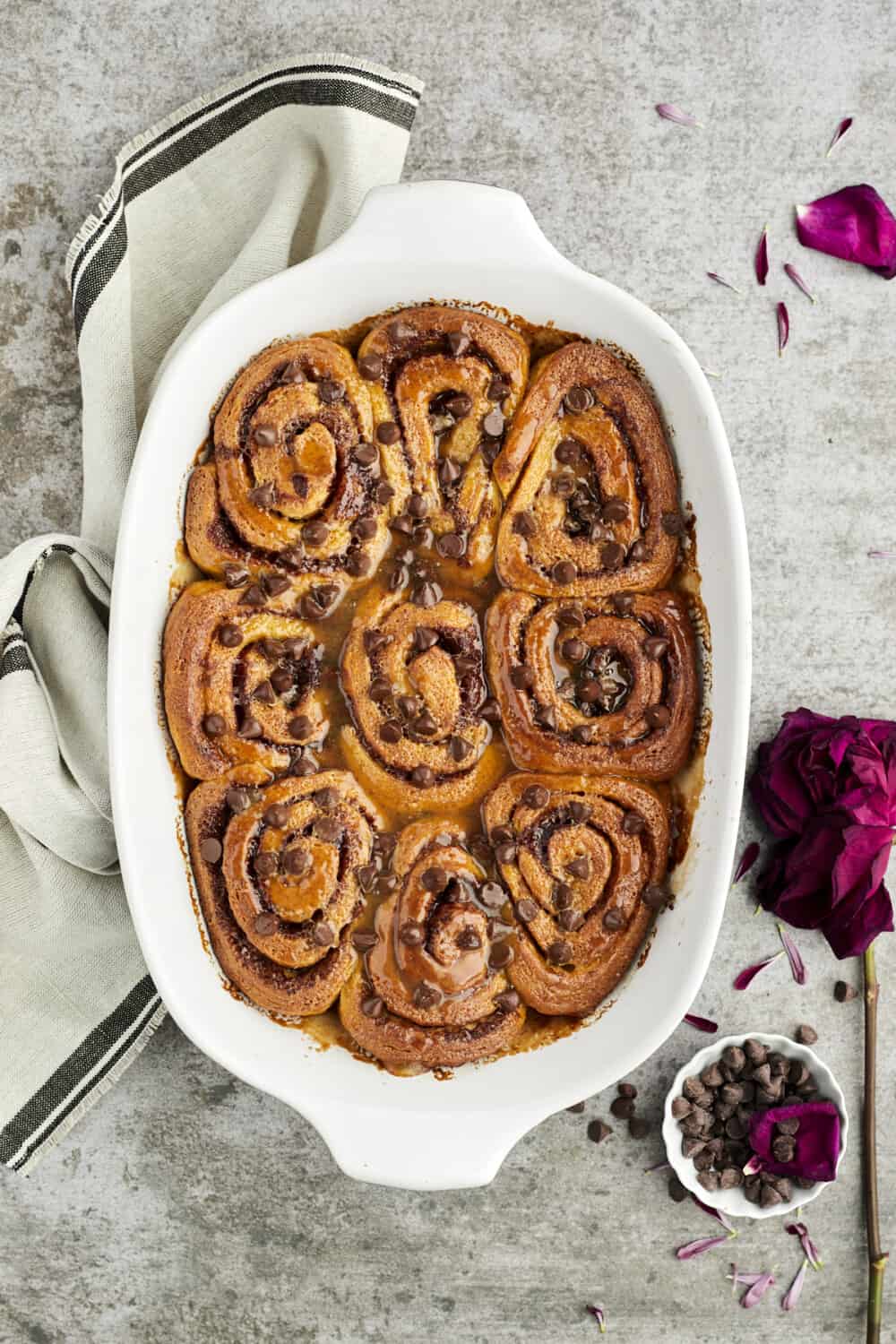 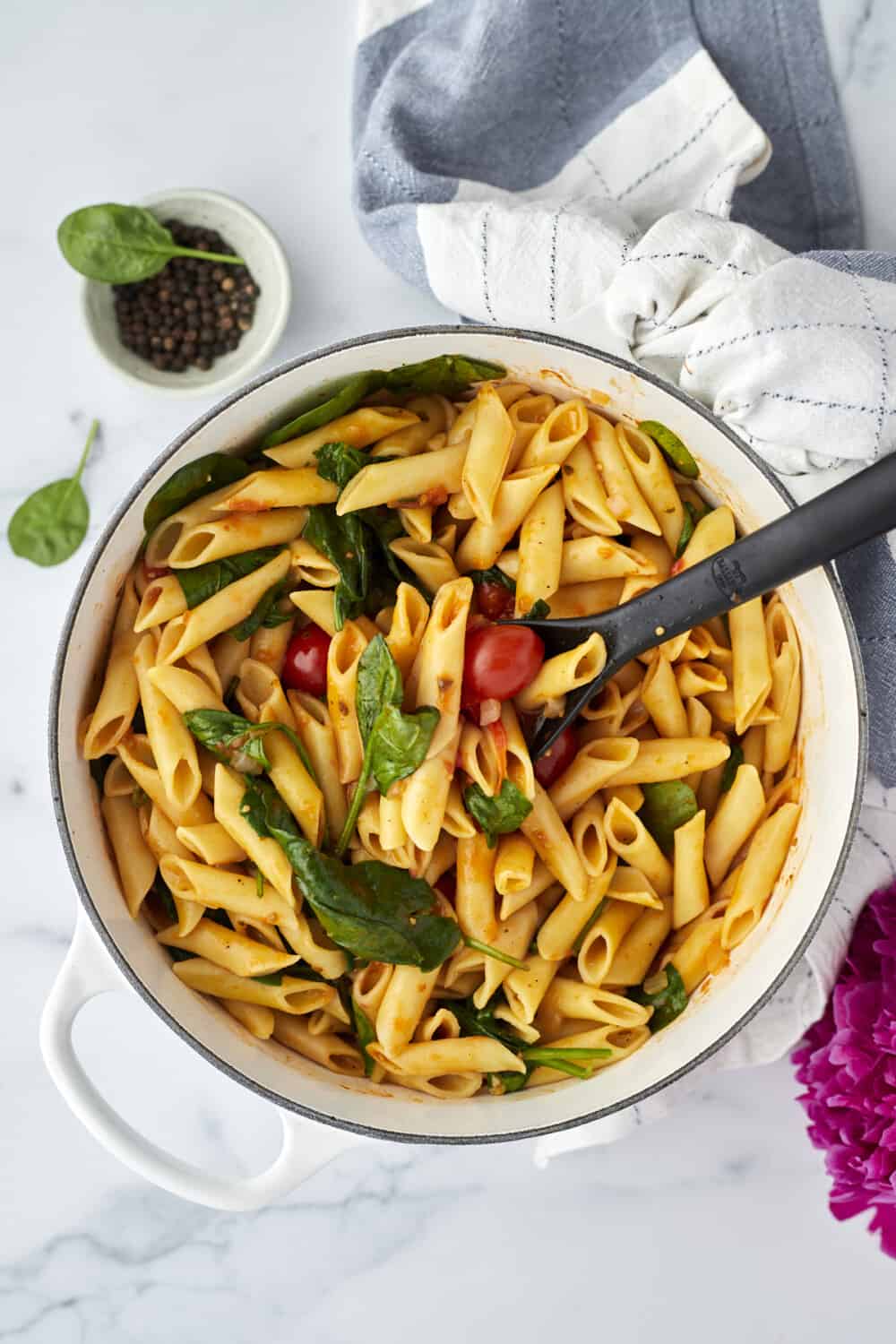