Apple Caramel Cinnamon Rolls are sweet, sticky, and baked to fluffy, golden perfection! Served warm, they’re the perfect addition to any holiday breakfast, weekend brunch, and everything in between.

This recipe inspired by one of our most popular dishes of all time, our slow cooker apple cinnamon rolls! You all have been asking us for an oven-baked version since it came out, and we’re finally delivering. Featuring all the same flavor and tender, gooey texture, this recipe is pure perfection and unbelievably easy to make! Even better, these cinnamon rolls:

For these apple caramel cinnamon rolls, we use a shortcut ingredient or two to make them unbelievably simple. Here’s what you’ll need:

Unlike our original recipe that cooks long and slow cooker, this version bakes in the oven in no time when you follow the instructions below! Buy Now
We earn a commission if you make a purchase, at no additional cost to you.

Use the Right Pot. You’ll want to use a large, heavy-bottomed pot to create your caramel. Small or shallow pots can cause the caramel to cook unevenly and burn. Also, make sure it’s light in color so you can see when the caramel becomes darker.

Avoid Overheating the Caramel. Be sure to reduce the heat quickly, and let the caramel simmer for just a few minutes until the caramel darkens and becomes thicker. If you cook it too long or on too high of a heat, the caramel will scorch and won’t taste great.

Don’t Overbake. You’ll know your cinnamon rolls are done when they’re fluffy and golden brown on top! They should feel soft yet firm in the center when touched and have an internal temperature between 190-200°Fahrenheit.

These apple caramel cinnamon rolls are great to make ahead of time and enjoy throughout the week. However, you’re probably going to want to make a double batch, because they disappear quickly! If you do have leftovers, follow the storage tips below to keep them fresh.

Room Temperature: Once cooled, your cinnamon rolls can be transferred to an airtight container and stored in a cool dry palace for up to 3 days.

Refrigerator: For a longer-lasting option, keep your apple caramel cinnamon rolls in the fridge for up to 5 days.

Freezer: Freeze your cinnamon rolls in an airtight container for up to 2-3 months.

Reheat: When you’re ready to eat, thaw your leftovers in the fridge overnight. Then, warm them in the oven or microwave until your desired temperature is reached.

What’s the difference between cinnamon rolls and cinnamon buns?

What does heavy cream do in cinnamon roll recipes?

Although used to make our caramel sauce, heavy cream is often poured on cinnamon rolls to help balance out their sweetness and make them extra fluffy and moist.

Do I need to peel the apples?

You don’t have to, but we do! We find it’s best not to have to bite into the tough skin.

Looking for more cinnamon roll recipes the whole family will want to sink their teeth into? We’ve got you covered! 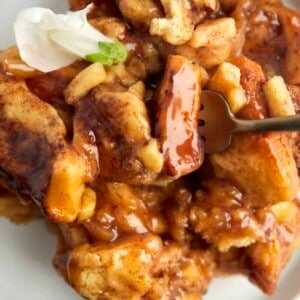 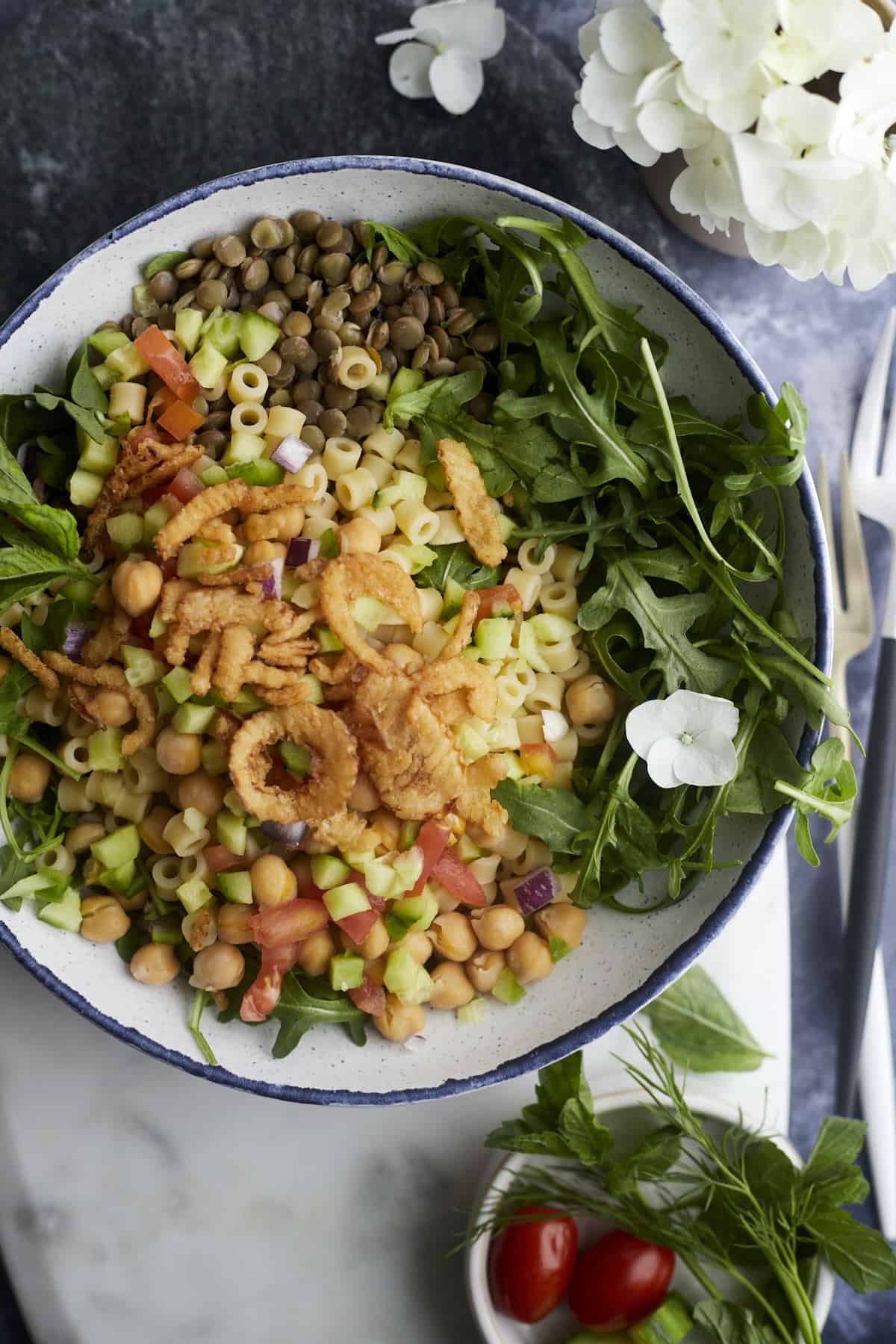 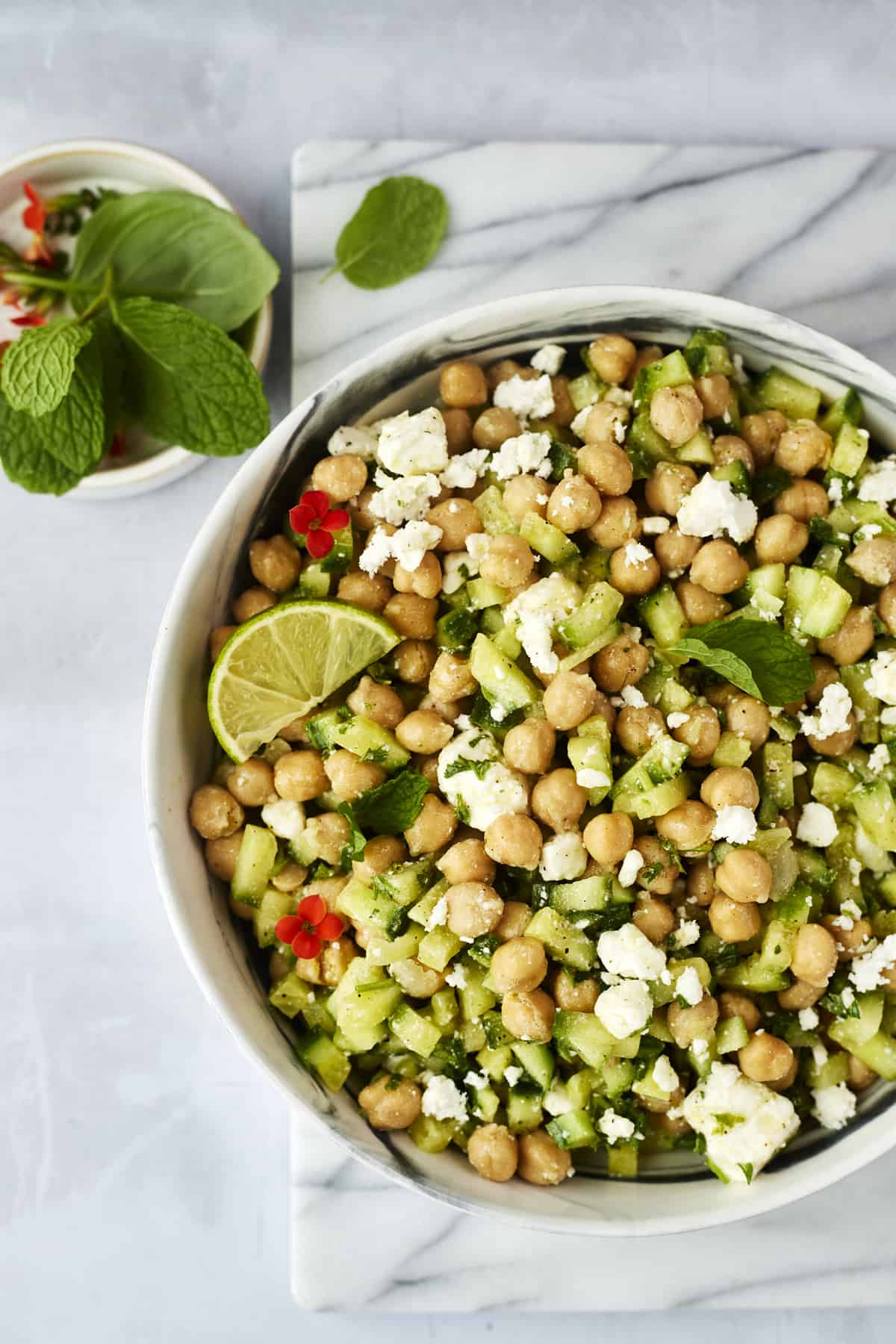 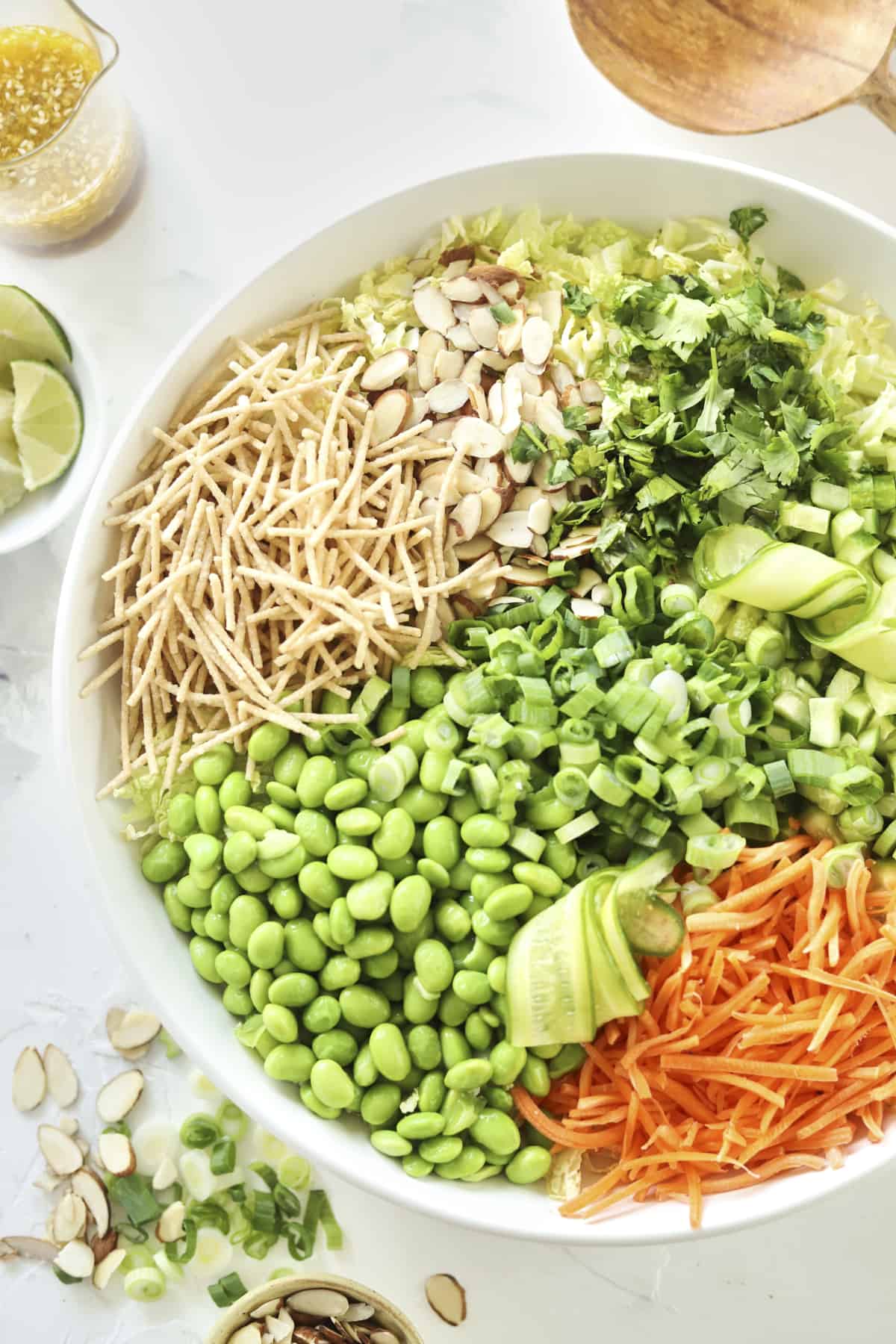 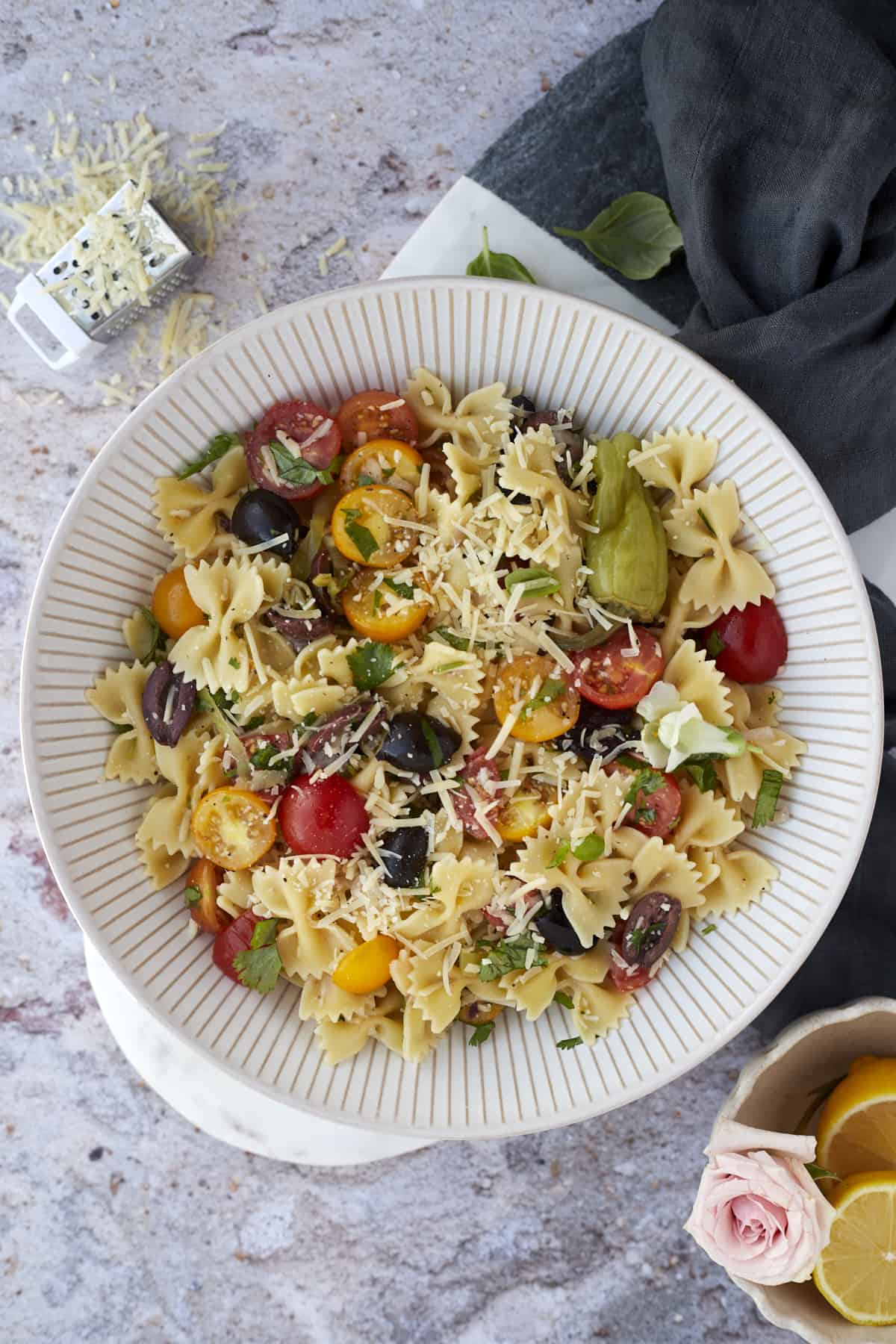 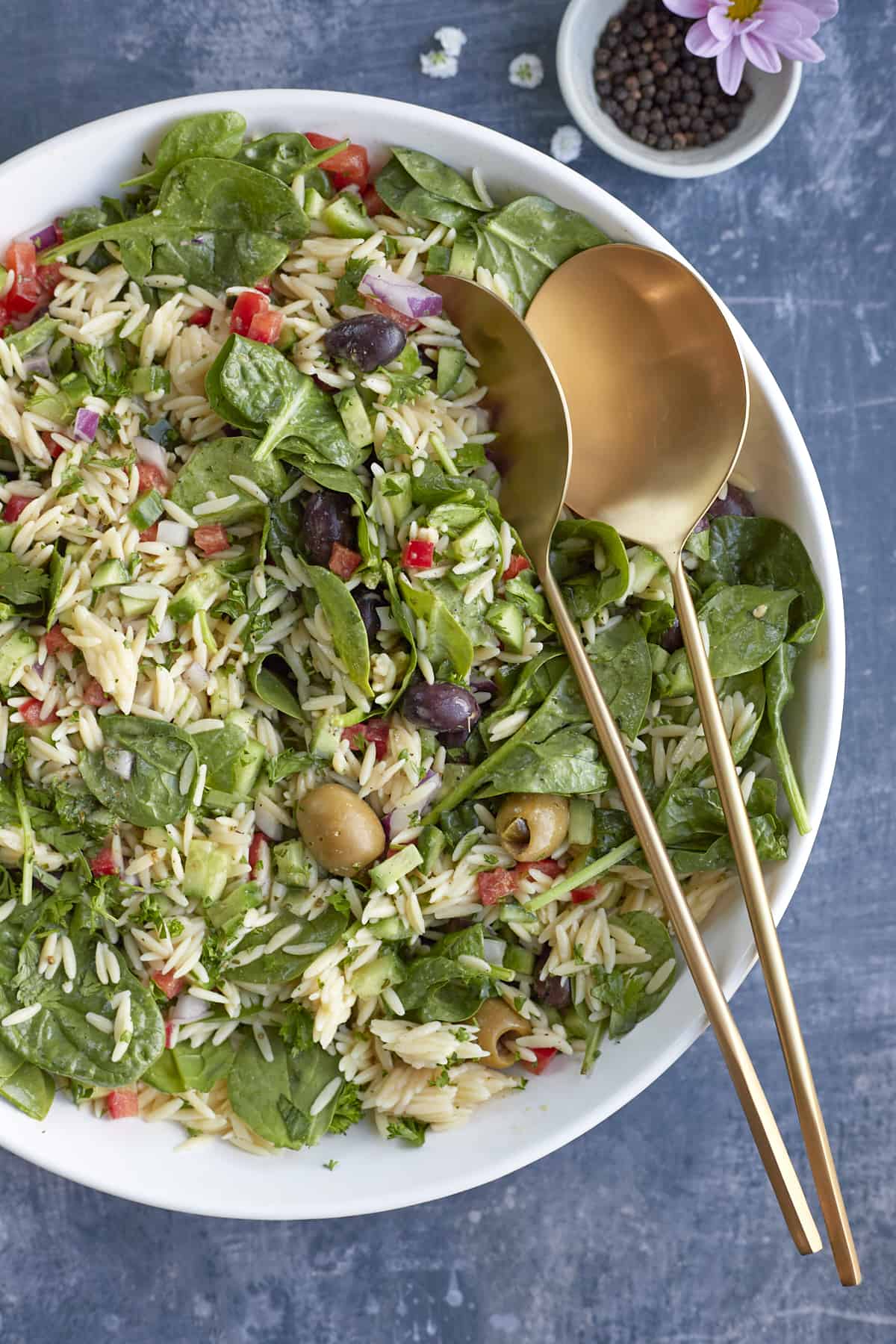 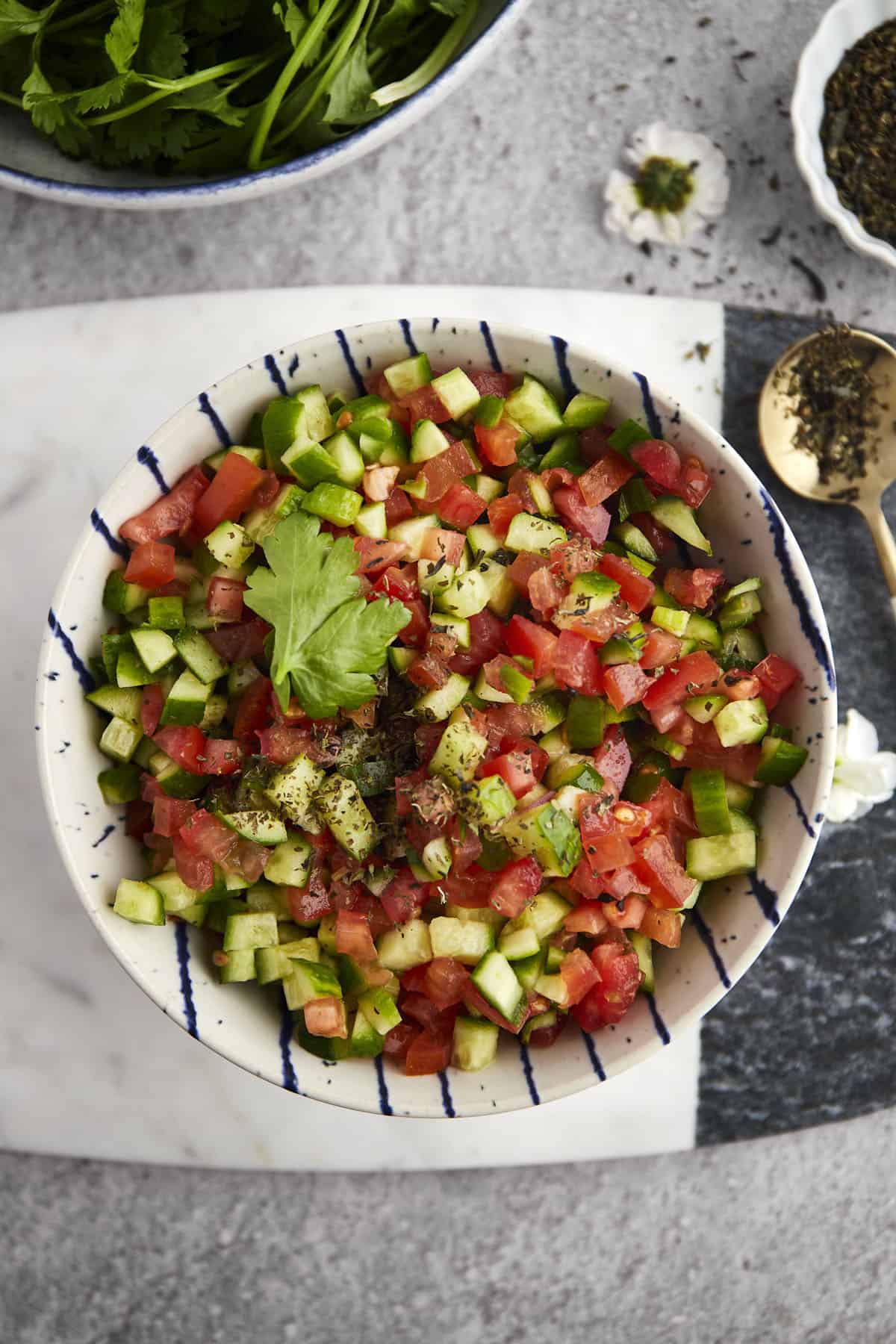